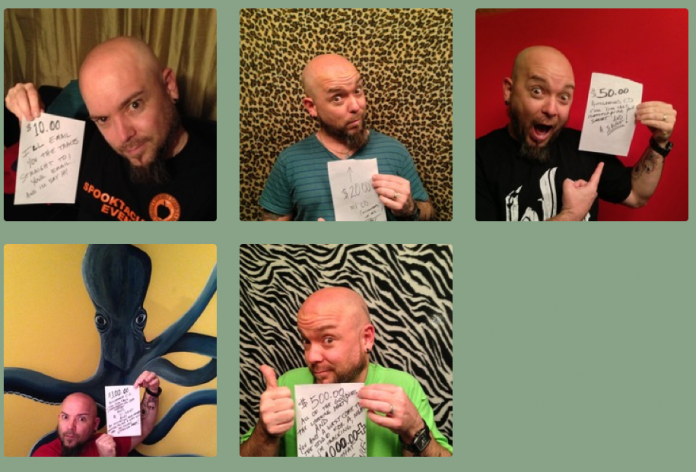 Brett Hestla is a guy. He is a guy who has a vast career in music with some great albums under his belt. He also owns and operates a studio in Florida. All of this sounds like a perfect combination to just up and create a solo project, but what most people that do not run a business fail to realize is that even though you own the studio, time is money and there are bills to pay. So Brett is offering several options and some really sharp headshots to sell himself and his project. This isn’t just any project though. Brett is using his Anchorman-style “News Team Assemble” powers

to call up various big names in the rock world for this incredible solo project. Some of the names include Everything Recording’s good friend Nixon from Framing Hanley, insane drummer Morgan Rose from Sevendust, and Mark Tremonti just to name a few.
So go on’ get on over to his site and give him some cash. You won’t regret it.
To visit his site, http://bretthestla.bigcartel.com/