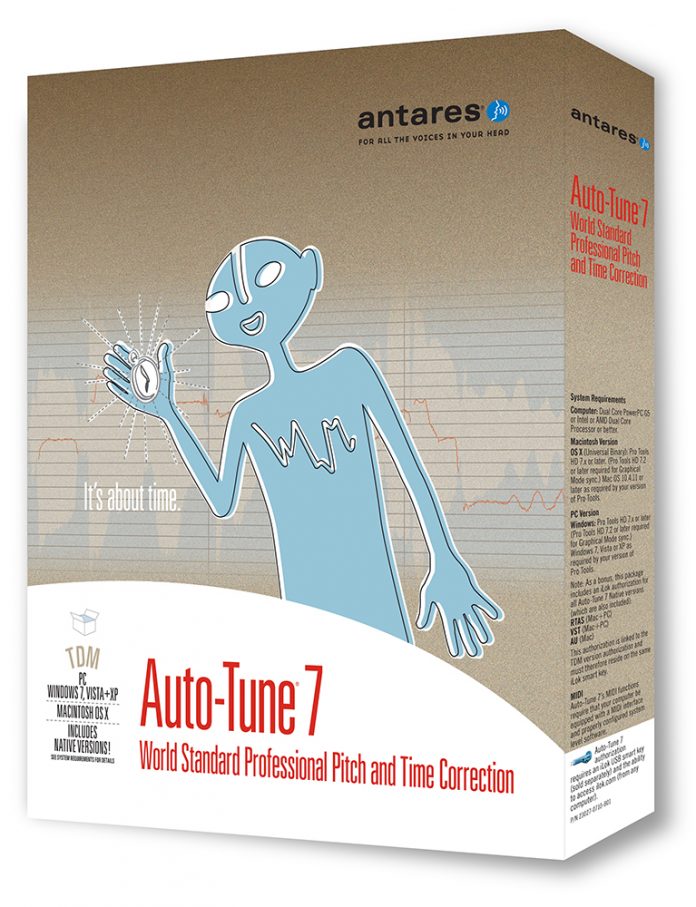 Slow news week due to Christmas being so close, but the Holidays come early for T-Pain, Kanye West, and About forty thousand other singers who can’t sing and have a Pro Tools HD system because Antares, helper of those who can’t sing for themselves has released Auto-Tune 7 for TDM systems.
Basically… a TDM system, for the new people, is a Pro Tools system that does most of the processing through a series of cards, thus relieving the strain from your desktop computer. The Native (or computer driven) version is already out and that benefits most of us but there might be some in the bunch here with HD rigs and I want to make sure you’re taken care of too. Plus I’ve been shopping for one lately as well so this benefits me too especially when my friends get bored. When this happens we have the studio to go into and see what a fart sounds like Auto-Tuned. The answer? Think of Lil Wayne’s singing voice meets constructed wind pipe.

Antares Audio Technologies has announced the release of TDM versions of Auto-Tune 7, the next generation of the worldwide standard in professional pitch correction.
Following the release of Auto-Tune 7 Native versions, Auto-Tune 7 TDM brings the latest incarnation of the world’s largest-selling audio plug-in to Avid’s Pro Tools HD platform on both Macintosh and PC. Featuring the second generation of Antares’ Evo™ Voice Processing Technology, a new-from-the-ground-up time manipulation system, new MIDI capabilities in Graphical Mode, and lots more, Auto-Tune 7 represents the most dramatic advancement in functionality since Auto-Tune’s original introduction in 1997.
As a bonus, Auto-Tune 7 TDM also includes a license for all of the Auto-Tune 7 Native versions.