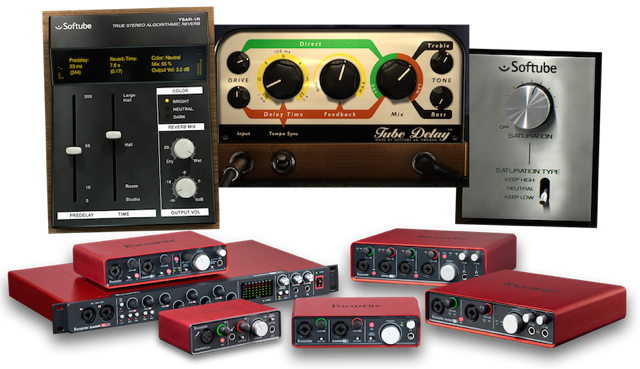 Recently, we featured the Softube TSAR-1 plugin review (here) as well as the Scarlett series (here) and are proud to see the two companies have joined forces to offer you a great interface with equally great plugins. Certain Focusrite interfaces now ship standard with the TSAR-1’s equally powerful little brother the TSAR-1R, the extremely useful Tube Delay, and Softube’s either subtle or all out chaos of the Saturation knob. Every one of these plugins are a part of my every day mixes and have now made Focusrite even a more appealing choice.