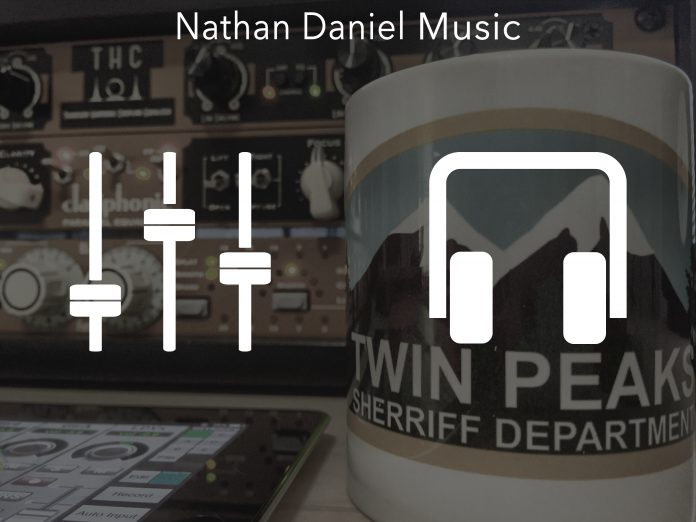 There is that point all of us find ourselves when we know just enough about tracking and mixing to be dangerous. We’ve become aware that there is specific gear that pros use and various forums, articles, as well as ads for products all telling you “you need this or your mixes will never sound like (insert the “IT” mix engineer of the time)”. All the while you’re simply trying to get some semblance of a good mix on what gear you can afford. Then comes the stage where you’ve learned all you can from YouTube and various online training sites and you start blaming your gear. In turn, you save up what little money you have and buy whatever mic or pre that you’ve determined will save your sanity… but then something strange happens. Sure your mixes sound a little better, but you’re left not sounding anywhere close to what you’ve built up in your head. Now you’re questioning why you even still do this if your results aren’t even close to what you’ve expected.

Hit close to home for some of you? It’s exactly where I’ve been the majority of my career in pro audio, but someone showed me a mix that shed light on something. It’s not the gear that’s the issue.

So how did one mix show me this?

The answer is actually pretty easy. Listen to this track below very carefully.


Initial reactions may vary but overall the mix is balanced and focused. It’s also very raw as the artist probably would have envisioned for the style being played, but does it sound like it was tracked on a 15 year old 8 track Boss BR8 (http://www.bossus.com/products/br-8/) in an untreated rehearsal space with 4 other bands playing in other rooms at the same time? You probably didn’t see that coming.

The band was recorded and mixed by Nathan Daniel, a musician / engineer / producer based in Hollywood, CA (www.nathandanielmusic.com).

He is also the co host of UBK Happy Funtime Hour (http://www.ubkhappyfuntimehour.com/), a podcast that is in my opinion, the most informative and entertaining podcast on audio out there. Together with Kush Audio head honcho Gregory Scott, the podcast very concisely answer just about any question from listeners using a combination of their knowledge and a good bit of ribbing and humor. I can only liken it to what I think being in a room with all of the best minds in recording with a slight gas leak would be. Sure you’ll most likely get a great answer, but first they’re gonna make fun of your name and and go hilariously off topic for a few minutes.

The reason I bring up the podcast is both because Nathan graciously gave me carte blanche to ask anything about the track for this article and because of his co-host on UBK Happy Funtime Hour. While they agree on a good deal of topics, Gregory Scott is a self admitted “gear snob” who feels the devil is in the analog details. Nathan, on the other hand, subscribes more to the “throw any mic in front of it and I’ll find a way to make it sound good.” That’s not to say that he is careless or lucky. Proper phasing and mic technique are definitely in play but what’s in between the track and the player isn’t as important to him. Such is the case with this song.

(ER): So first off, how did this situation come about in the first place?

I had recorded and mixed a full length for the band previously and after a couple years, they wanted to record again.  But they had little money and didn’t want to do another full length.  So I suggested that we just record one song.


(ER) At any point were you concerned about the quality of a Boss recorder that wasn’t even yours?

No, I wasn’t.  It was the singer’s BR8 so he knew how to use it.  So I knew we’d be fine in that sense.  I was concerned about recording in a rehearsal spot that had other bands practicing in different rooms and no sound treatment whatsoever.


(ER) Did you bring any of your own gear (mics / preamps / pedals / sound treatment)?

I brought 3 mics and some mic stands.  That’s it.


(ER) If you were using their gear, what did you have to work with as far as mics?

The 3 mics I brought were two Rode NT2A’s and an SM58.  They had another 58 so that was the 4 mics.   They also rented a little 4 channel Mackie mixer because you can only record 2 tracks at a time on the BR8!

(ER) Were you aware of the venue or was that a surprise to you going into this?

No surprises.  I was well aware of what we were getting into.


(ER) How was the issue of the bands performing around you addressed?

(ER) Describe the process of recording this track. (Each member at a time or most all together)

Since the BR8 only records 2 tracks at a time, we used 4 mics into the Mackie mixer to record drums first.  Kick, snare and 2 overheads (Rode’s).

The drummer knew the song well enough that he just played it without other tracks as a guide.  And I don’t think we could figure out the click on the BR8 if it had one so he just played on his own.  He probably played the song 3 times and I just ended up using his best performance.

Then it was just a matter of overdubbing the guitars and bass.  And then the singer went home and recorded the vocals in his closet.  I don’t remember the mic he used but it was a cheap LDC I believe.


(ER) Once this track was recorded, it was all brought into Pro Tools right?

Yes, I brought everything into Pro Tools to mix.


(ER) From there, did you run the tracks back out into outboard gear or stay in the box?

It was an ITB mix.  No outboard gear was used.


(ER) Did any drum replacement have to be used or was this all from the original kit?

I knew before we started I would add some samples.  The original drums are still there but samples were definitely added.  And since there were no close tom mics, I had to make copies of the OH tracks and slice up the hits where the toms were played in order to add the tom samples.


(ER) How blown away was the band after hearing this come out of their own less than ideal quality gear?

They loved it.   It’s not an ideal situation for a lot of bands but they embraced it and made the most of it.  It was a lot of fun!


All of this simply goes to show that knowledge and wins over gear in a lot of situations and experience goes a long way in making less than ideal situations work.

And it so happens that Nathan offers a very unique way of mix training.  Nathan will take your track, mix it completely in the box using the same plugins you own, send the mix session and final mix back to you, and explain his approach, concepts, and POV.… no secrets.

Like I mentioned in the beginning, I was at my wits end with recording. I was not happy with what was coming out of my overpriced monitors. I was at the point where I was about to sell everything (including this site). I had heard the podcast and was confident in his abilities to mix so I paid for this service and can say personally, my mixing stepped up too many levels to count, and I brought him a ROUGH mixing session.  Everything about this session was pretty dicey.  He took it and molded it into a buyable product (stay tuned, an article breaking down the service is coming).

Yes online video training is helpful… it has its place, but at some point, broad stroke training just doesn’t cut it. Most of us do not have the time nor money to enroll in a school, so why not give it a shot?
For more information on one-on-one mix training, or to have Nathan produce, mix, master, compose, make fun of you, teach you arts and crafts, or just see some sweet cat pictures, visit http://www.NathanDanielMusic.com

A Fireside Chat With Howard Benson and Chris Lord-Alge