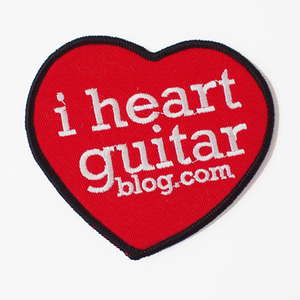 One of my fellow bloggers and friend Peter Hodgson posted a review on the new Mbox line. HERE is a link to the full article. Here’s a piece of the article. For the rest click the link above.

Pro Tools is, of course, the industry standard recording platform, and for good reason. It’s extremely flexible and it facilitates the creative process by being only as complicated as you want it to be. The new Mbox line-up is the first to be released under the name of AVID, the company which recently acquired Digidesign, and this is the third complete overhaul of the Mbox range. As you might expect, the new-look Mbox line-up features several key hardware differences over the previous version, as well as a cosmetic makeover that brings the look more up-to-date. There are three units in the series (Mbox Mini, Mbox and Mbox Pro), all designed by the same engineering team behind the top-of-the-line ProToolsHD systems. I checked out the first two, and compared them to my trusty Mbox 2 Pro, which I’ve had for about four years now.
Both the Mbox Mini and the Mbox interfaces feature premium analog signal paths and high-performance analog-to-digital converters. The mic preamps are of a higher quality standard than the previous incarnation too – an important point, as the one real criticism I’ve heard levelled at previous versions is that the mic pres are perhaps a little lacking and occasionally require backup from the occasional outboard preamp.
The Mbox Mini’s converters deliver 24-bit, 48kHz sound while the Mbox ups this to 24-bit, 96kHz. The Mbox Pro goes all the way up to 24-bit, 192kHz with ProTools HD, or up to 96kHz with Pro Tools LE. Pro Tools 8.0.4 is included with whichever package you purchase, and it’s contained on a single DVD (Pro Tools 9 is released later this week though). The two new Mboxes on review are connected via USB, although the Mbox Pro is still FireWire capable.

And make sure and check out I heart guitar blog. He’s one of the few of the bloggers who doesn’t do this for the money. Even to the point where he spent money out of his own pocket for a CONTEST that  MY GENIUS DRAWING was a winner. Yea you’re jealous as well you should be.