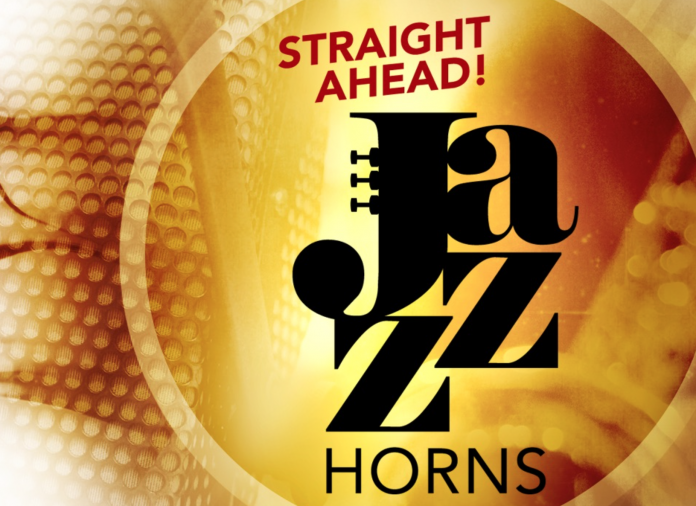 Kontakt Player virtual instruments are the standard now and this one would fit perfectly in Ron Burgundy’s band. Straight Ahead Jazz Horns is Impact Soundworks latest VI.

FULTON, MD, USA: audio software creator Impact Soundworks is proud to announce availability of STRAIGHT AHEAD! JAZZ HORNS — a newly revised virtual instrument library featuring over 75,000 samples created in collaboration with jazz sampled instrument specialist Straight Ahead Samples, served up as 13 solo brass and sax instruments ideal for jazz, funk, pop, R&B, and much more besides for Native Instruments’ industry-standard KONTAKT PLAYER platform — as of February 14…
Though the (admittedly deep) sample pool remains largely the same as that found in ‘version 1’ of STRAIGHT AHEAD! JAZZ HORNS (originally released by Straight Ahead Samples) — albeit with some additional tweaks and a cleanup operation that has to be heard to be believed, below the hood STRAIGHT AHEAD! JAZZ HORNS represents an entirely different proposition altogether. All-new scripting smooths the way for smooth jazz or otherwise, thanks to Smart Voicing technology. This is a truly magical multi-script that can be used to quickly create realistic, properly-voiced jazz and big band ensemble sounds from combinations of four trumpets (Lead Trumpet, Trumpet 2, Trumpet 3, Trumpet 4); four trombones (Lead Trombone, Trombone 2, Trombone 3, Trombone 4); five saxes (Lead Alto Sax, Alto Sax 2, Lead Tenor Sax, Tenor Sax 2, Baritone Sax); all brass (all four trumpets and four trombones); full ensemble (all instruments); and pop horns (trumpet, tenor sax, trombone, baritone sax). Simply playing a left-handed chord tells the script what key and chord is being used while playing a right-handed melody generates fully-voiced chords based on the melody being played and the chord that was input! In a nutshell, then, the multi-script creates harmonised ensemble voicings based on individually played notes. (Not only is Smart Voicing deeply customisable with different voicing and chord options, but it can even be used with KONTAKT’s Send MIDI To Outside World Feature, allowing users to send generated harmony MIDI data to any other plug-in!) Voicings are intelligently split between all instruments and allow for normal articulation usage, too!
That being said, the TACT (Total Articulation Control Technology) used in Impact Soundworks’ virtual instrument products — STRAIGHT AHEAD! JAZZ HORNS included — is far from normal, however. As a modular, scalable system designed to create a consistent plug-and-play performance experience, it manages articulations with up to three triggering types, volume and offset control, and independently controlled legato toggles where applicable. Currently supported sources for triggering are note range, velocity range, CC range (on any CC# from 1 to 127), keyswitches (latching or non-latching, independently chosen per articulation), and sustain pedal up/down. Simply speaking, TACT is designed to manage user mapping schemes and facilitate experimentation to create the best user performance setups quickly and easily.
Ease of use is, of course, central to STRAIGHT AHEAD! JAZZ HORNS’ all-new user interface. There those astonishing Articulations are easily accessible via the namesake dedicated tabbed window, as are an array of flexible functions — for example, ALT DYN MODE (enabling dynamic filters and EQ instead of crossfading samples to produce different dynamic levels), SUS PHASE ALIGN (enabling all Sustain samples to be switched to Phase Align versions which will crossfade without phasing and with a different, more ‘stable’ timbre), EXTRA DYN FILTER (enabling a gentle lowpass 6 dB/oct filter to be applied to the output, linked to the DYNAMICS SLIDER to further emphasise dynamic transitions), and VOL PAN (to control the volume and panning for each enabled microphone position) — from the Main tabbed window, while the FX tabbed window provides access to the onboard (four-band, analogue-modelled, parametric) EQ, (analogue-modelled, SSL-style) COMPRESSOR, (all-purpose, tempo-synced) DELAY, (convolution) REVERB, and associated controls.
All add up to an even more playable, realistic, and customisable virtual instrument that offers both excellent solo instruments alongside some of the most powerful ensemble writing tools ever developed. STRAIGHT AHEAD! JAZZ HORNS handles anything the discerning jazz, funk, pop, R&B, and big band arranger and composer care to throw at it. Impact Soundworks collectively cannot wait to hear what its users can do with it… time to toot their own horn(s) with STRAIGHT AHEAD! JAZZ HORNS!