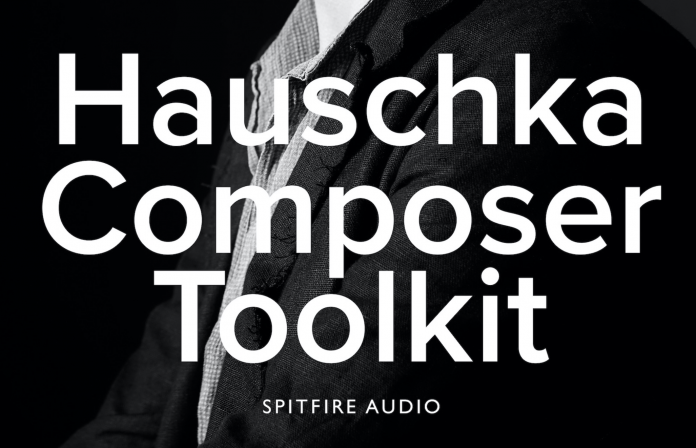 Although Hauschka has a number of prepared piano compositions to his notable name — not least, appropriately, an album titled The Prepared Piano (released in 2005), his HAUSCHKA COMPOSER TOOLKIT namesake collaboration with Spitfire Audio is not actually a prepared piano sample library in the way that someone hearing those two words out of context could conceive it to be, but rather a creative exchange and an opportunity for its users to effectively collaborate with a one-of-a-kind composer. Clearly uncompromising and unorthodox, who better to formally introduce that sought-after signature sound palette than Hauschka himself — Hauschka being the stage name under which Volker Bertelmann mainly performs and records. “When I started to prepare the piano, I didn’t know much about John Cage,” confesses the innovator in question. “I wanted to create electronic-sounding music with an analogue instrument, instead of using electronics or a computer, and to play the instrument I can play in a new way. The first sound I came up with was a hi-hat created by a Christmas cake wrapper that was given to me by a friend in a studio. That demonstrates the principle of my work, and reflects the idea of how important it is to stay as creative as possible.”

Hauschka continues: “Creative exchange is essential; if you don’t have it as an artist, you get to a very boring place. I always try to work with people who bring me into new territories.” It is for this reason that he ended up working with Spitfire Audio. After all, the sound-specialising British music technology company collaborates with the best composers, artists, and engineers in the world to build musical tools that sound great and are exciting to use. Ultimately, its collective ambition was to capture the sound world and creative spirit of a true innovator, drawn from Hauschka’s 30 years’ worth of experience as a pianist and Oscar-nominated film composer.

Clearly a match made in musical heaven ensued, enhanced by Spitfire Audio’s seasoned sampling expertise and advanced Evo Grid and masterful Mercury synth engine technologies, buoyed by the beautiful blend of vintage equipment and instruments — including a 1972-vintage Cadac G-series fully-discrete, Class A console with mastering-grade inductor EQs on each channel, Studer A80 two-inch 16-track multitrack recorder, and a heritage Steinway Model D concert grand piano — respectively residing in the perfectly proportioned (50m2/540 sq ft) control room and (120m2/1,300 sq ft) live room replete with natural daylight and revered reverb at Berlin-based Vox-Ton, the fully-analogue recording studio where the London-headquartered creative contingent had previously decamped to record the acclaimed ÓLAFUR ARNALDS EVOLUTIONS. It is also the go-to recording space for some of today’s most renowned composers, including Icelander Jóhann Jóhannsson (R.I.P.) — famed for his collaborative film work with French Canadian director Denis Villeneuve (Sicario, Arrival), and American pianist and composer Dustin O’Halloran. Here everything essential to creatively crafting HAUSCHKA COMPOSER TOOLKIT’s unique soundscapes — spanning epic industrial percussive rhythms and thunderous bass lines to offbeat, atonal plucks and beautiful, shimmering pads — were carefully captured by team Spitfire Audio, ably captained by Production Manager Harry Wilson, working with Francesco Donadello, in-house engineer at Vox-Ton and longterm Hauschka collaborator, who was instrumental in curating each sound. Saying that, the results mostly sound far removed from the original instrument, despite being performed by Hauschka himself on that heritage Steinway Model D grand piano with which he is so comfortable.

Conceptualising HAUSCHKA COMPOSER TOOLKIT through to those Berlin-based recording sessions, Spitfire Audio worked in close collaboration with Hauschka, perfecting and expanding upon the tried-and-tested preparations used in his existing works to capture both standalone notes and rhythmic performances. “Randomness mixed with intent…” effectively encapsulates Hauschka’s writing and sampling approach — an adventure into the unknown, in other words. With that in mind, Spitfire Audio allowed ample room in the recording process, propelling the piano to places it has never been before, borne out of Hauschka’s signature, multifaceted sound — itself borne out of his endless fascination for the interaction between existing instruments and other materials and textures. Truly inspired by sounds in nature, Hauschka’s sounds are chaotic, unpredictable, and non-repeating — ranging from jarring and noise-like to melodious and spine-tingling, the combination of which creates compelling results, clearly contrasting with the minimalism of his predecessors — including the prolific and influential John Cage.

While HAUSCHKA COMPOSER TOOLKIT itself is split into six sections (Plug Hits, Plug Rhythms, Pad Sounds, Pad Hits, Swells, Drum Kits), four are presented as Evo Grid layouts. All are distinctive in their own right, yet designed to compliment each other when layered together. The Plug Rhythms are created from objects jumping and flying off the piano strings, such as tea lights and ping pong balls, resulting in unexpected rhythms. Other objects used span saxophone reeds to toy drums, tambourines to gaffer tape, and light filters to wooden pegs, creating an array of new instruments. Indeed, the Evo Grid layout and multiple signal options allow (almost) endless possibilities for each sound, with different results for every user.

Ultimately, then, HAUSCHKA COMPOSER TOOLKIT is ideal for any composer inspired by the avant-garde or any sound designer looking to explore new sonic territories with sounds that can be applied to a wide range of compositions from leftfield electronica to orchestral scores. Summarises Hauschka: “I would love people to use this library whenever they are stuck and don’t want to use obvious sounds.” Sounds like a good game plan. Time to play… with 40-plus preparations, 50 curated presets, and 16,000 samples!