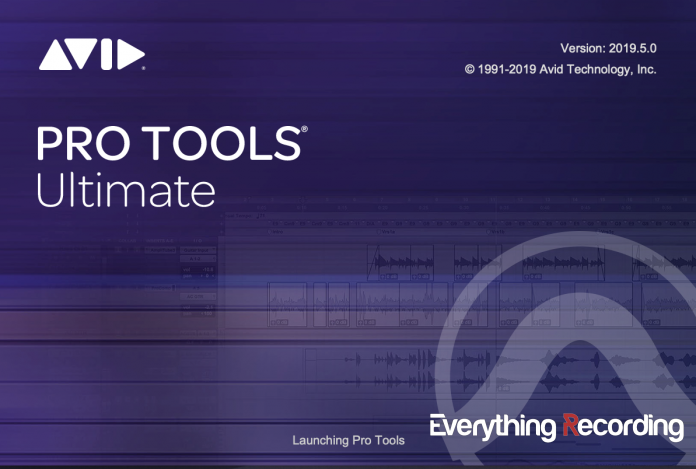 Pro Tools 2019.5 Rundown:
4 / 5 Reviewer
Price: starting at $24.92 (Standard) / $83.25 (Ultimate) per month
Pros
- Mojave Compatibility - Noticeable overhaul under the hood runs sessions with less overloads
- Continuous Play keeps the track going while adding, deleting, and enabling tracks and plugins.
Cons
- Not very many new updates
- Pro Tools Standard can't receive Voice Packs
Summary
After a five month wait, Pro Tools has released a version for 2019. A complete overhaul of the DAW had to be accomplished for compatibility with Mojave. The under-the-hood improvements definitely show especially on sessions with bigger track count and plugin counts but not very many features were added. Overall, I'm happy with the changes that were made but really wish more functionality for sequencing and workflow would have been added as well.
Rating

After almost six months of silence, Avid have released their new version of Pro Tools. I go into this review with mixed emotions about a DAW I’m very attached to.

Avid’s 2019 hasn’t kicked off with the same gusto as the previous year. In 2018, it seemed Pro Tools was blazing a new path of regular updates and new features. Then came 2019, which seemed to grind to a halt. This was mainly due to the myriad of issues the team faced dealing with Mac OS Mojave. Extra time was needed to ensure that forums, websites like this one, and support calls weren’t littered with issues and complaints. After all, it’s much easier to explain “what took so long?!” than it is for “I can’t open this new version of Pro Tools!”

With that headache out of their way, Avid have released Pro Tools 2019.5. From what I understand, this particular update had to go through a massive overhaul under the hood for Mojave compatibility. This tune-up results in both a faster DAW and increased functionality, resulting in less “AAE Errors” and better use of your computer’s resources.

Because of these under-the-hood improvements, more tracks can be offered. Both Pro Tools Standard and Ultimate now allow for 1024 MIDI tracks and 512 Instrument tracks. While Pro Tools Standard stays at its 128-voice limit, Ultimate moves up to 384 voices with the option to expand to 768 by purchasing Voice Packs. These packs come in 128 voice increments and start at $14.00 a month per pack. Just to clarify, a Mono Track uses one voice, a Stereo Track takes two, and so forth with surround and beyond.

Some have revolted on the new “Track Tax”, saying other DAWs let the computer be the judge, jury and executioner for determining the track count. While I can understand this argument from the consumer, most of the people reading this review won’t reach the threshold of Standard’s 128 track limit. There is a small subset of people that this will affect, and my only hope is that the money they generate from selling Voice Packs go back into innovation.

The next feature is just as much a feature as it is a testament to the overhauled engine Pro Tools 2019 received. Continuous playback addresses the constant pauses, blips, and all out halts of playback while adding new plugin, tracks, or deactivating Sends. The continuous playback does help keep the creativity going but isn’t perfect. When using loop playback and selecting a new section to loop, in order for continuous playback to work, the arrows at the top of the Min:Secs bar have to be dragged to update. The selection tool can’t just simply be dragged anywhere in the Edit window. If you create a new loop point by dragging in the edit window, the original loop still plays. While using the arrows is a step in the right direction, only being able to change the loop area with the arrows is bit more cumbersome than dragging a new section in the edit window.

Tracks can now be named from the “Create New Track” dialogue box, saving a few extra mouse clicks. At the end of the track dialogue box, there is now a field to apply a track name to the newly created track. If multiple tracks are created and named, a subsequent number appears after (i.e. Acoustic Guitar 1,2,3…). Although this does help a great deal, I wish the concept would have been pushed further with maybe a dropdown box of names if multiples of one type of track were created. Say, if I create 8 mono tracks, it would be nice for a drop down to be present on the name box that allows for “kick”, “snare”, “tom”, etc… to be named. A current work-around is to individually add a new track multiple times to name each individually from the window. Hopefully they’ll expand the functionality.

Lastly, our final update comes for companies who run large scale productions where many users will be utilizing Pro Tools. Multi-seat licenses work whereby a server takes the place of needing an iLok and licenses are handed out on an as needed basis. Different amounts of licenses can be purchased and accessed by anyone connected to the network. This eliminates the need for a whole bunch of iLoks being moved from room to room. What’s good about the multi-seat license is after a period of inactivity, the license returns to the pool, and another person can use it.

While all of this may seem like little to no changes at all on the surface, a great deal has been tweaked behind the scenes. Pro Tools 2019.5 does seem to be able to handle heavy sessions with far fewer AAE errors. The ability to add and remove elements without the session stopping was one of those things I didn’t think it was that big of a deal until I started using continuous playback. All of those small stops and starts can have an effect on creativity and take you out of the moment. Overall, I can safely say that Pro Tools 2019 | Ultimate has received a significant bump in power.

2018 renewed my faith in Avid with all of the updates, but we’re not quite out of the woods yet. I still feel Pro Tools is not quite caught up to some of the other DAWs out there. Folder tracks seems to be a standard feature on many other DAWs half the price and for some reason Avid haven’t been able to incorporate it into the DAW. A smart solo would be another good update where busses can be soloed. I can name several more enhancements like better sequencing capabilities for electronic producers, using a QWERTY computer keyboard for MIDI, the list goes on.

Despite what can appear on the surface as primarily a performance overhaul with little workflow features, I’m still an optimist about Avid. These things take time and whether or not, due to necessity or love of the DAW, most of us still are using Pro Tools. So I’m grateful for the changes that have been made, a little frustrated that Avid took 5 months to release an update, but overall happy that I can finally upgrade to Mojave and add and delete plugins and tracks without Pro Tools throwing a fit.