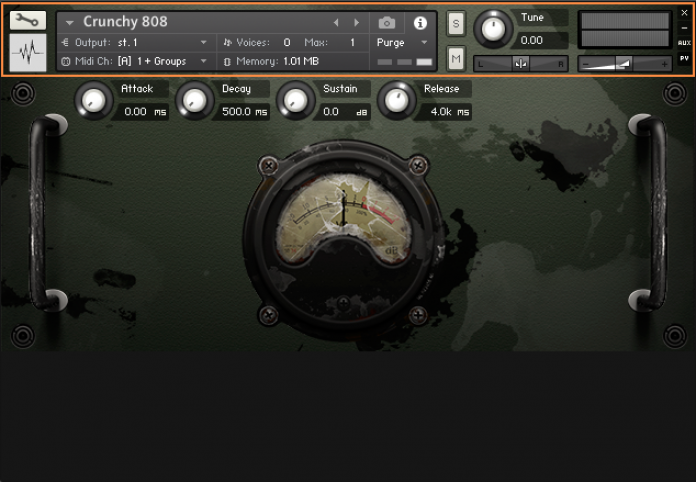 In Hip-Hop, EDM, and more than ever, Pop, the low end and the snare calls the shots. If either of these two isn’t at the top of their game, the track can easily fall flat. All too often, the soft synths and one shots are thin and leave you processing the low end to oblivion, leaving you with some end result that is satisfactory but lacks edge. Honestly, I don’t even want to write this review because I want to keep this all to myself but alas, it is my duty to bring you the best of pro audio.

808 Warfare is The Producer’s Choice Kontakt library that only has one purpose, serious low end. This package contains 41 Kontakt patches and over 169 WAV samples. Each preset was meticulously created, pitched, and processed to bring the bass right out of your speakers. Usually, you are given a One Shot that sounds great in the original key, but once the pitch engines of your workstation are through with it, becomes a hollow shell of what once was. 808 Warfare is sampled all the way across the keyboard, ensuring every note hits right where it needs to with the power and tone needed for the chart toppers.

Install is as easy as downloading, unzipping, and opening in Kontakt. No licenses to mess with! Because this is not a “powered by Kontakt” library, 808 Warfare will not show up in the left bar. An easy fix is to simply open the “Quick Load” menu from the top and drag the unzipped folder into the window. You will also need the full version of Kontakt 5 or the Player version will treat the library like a demo and stop working after 30 minutes. Once you get past those two issues, it’s smooth sailing.

The interface is sleek, minimalism was the name of the game, and with these presets you won’t be reaching for any knobs, just keys. You are given the choice of very aptly named presets with a folder designated for extremely mangled presets as well as an 808 Slide folder, which could use a little help. I found that the slides are a little jarring and would not allow for stretched periods of sliding. The slides were pretty much pre determined and sometimes I was left wishing I could extend a slide a little longer. Honestly, when dealing with sample libraries, the portamento settings are usually like this and a simple work around is throwing the patches in Melodyne and working from there to get your slides right.

Would that be enough to keep me from using 808 Warfare? Absolutely not… This is easily the single best collection of 808 samples you can buy. At $47 you should be giving them royalties. I can’t believe a sound library of this quality is under $50. It’s mind-boggling. They pretty much pound for pound recreated Yeezy’s “New Slaves” bass. That in itself is worth $50.

I really can’t say enough great things about this library. You will be hard pressed to find anything remotely close to 808 Warfare. Now if you’ll excuse me, I have to go buy new studio monitors. Mine couldn’t handle the sheer greatness. It doesn’t matter what style of music you produce, GO BUY THIS RIGHT NOW.