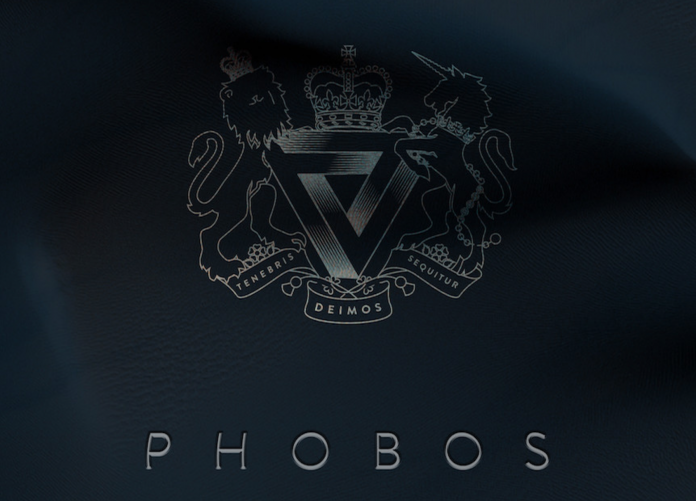 LONDON, UK: Spitfire Audio, purveyors of the finest virtual instruments from the finest musical samples in the world, is proud to announce availability of BT PHOBOS — conceived in close collaboration with notable namesake American composer (The Fast And The Furious, Monster, Lara Croft: Tomb Raider) and electronica pioneer BT (Brian Transeau) as a must-have Polyconvolution Synthesizer for any AAX-, AU-, VST-, and VST3-supporting DAW (Digital Audio Workstation), and lending itself to writing cinematic electronic, epic, and hybrid compositions, courtesy of its liquid, morphing, and transformational convolution capabilities — as of April 13…
All of which begs some serious questions: what, exactly, is BT PHOBOS? One of Mars’ moons, maybe? A synthesizer? A tool for creating colossal cinematic and electronic rhythms? An engine for endless spectral combinations of wide, lush pads and ambiences with propulsive rhythmic figures? Is it a sound library of an astronomical vintage synthesizer collection, bespoke beats, field recordings, live acoustic and orchestral treatments, micro-rhythms, percussion, and textures? Truth be told, that’s just scratching its stellar surface — inspiration-wise or otherwise!
On the face of it, at its core BT PHOBOS is, indeed, a synthesizer — albeit a soft synth based on the unexplored precept of polyconvolution as a synthesis engine. Extraordinarily adept American audio engineer, composer, multi-instrumentalist, singer/songwriter, and technologist BT came up with the idea many moons ago when working with sound design — polyconvolution… as a synthesizer. So what, exactly, does that mean? Well, what it means is: instead of using convolution — a piece of software (or algorithm) that creates a simulation of an audio environment — for reverb or modelling an amplifier’s distortion circuit, why not make a ‘reverb’ impulse response tonal? Why not, indeed. In fact, BT did just that, and, in doing so, found that combining something rhythmical with something tonal (as an impulse response) yielded some of the most modern, liquid, and percolating responses he had ever encountered — exactly the kind of sounds he had been searching for while scoring music for films and games… those elusive sounds suited to satisfying the most demanding directors’ wishes. Words like, “Movement and a feeling of drive, yet subtly…” need no longer prove problematic — thanks to BT PHOBOS!
BT brought a whole new musical meaning to the ‘Special Relationship’ between the United Kingdom and United States by working in close collaboration with Spitfire Audio to combine over 20 GB of his own personal bespoke libraries into a tonal engine, enabling BT PHOBOS users ultimately to filter, pulse, rhythmically cut, and sculpt impulse responses that are harmonic, melodic, and tonal. Then play them polyphonically.
Put it this way: one of the most significant solutions BT PHOBOS provides is giving composers an ability to engage their audiences for extended sequences and cues without sounding repetitive or ‘loopy’. Leaning on an all-new, realtime interface interaction allows BT PHOBOS users to evolve, transform, and warp their molecular musical patterns according to nuanced changes within a scene.
So since BT PHOBOS cleverly challenges the convention of loops, tones, and how they are used in a convolution, central to its operation is a beautiful bespoke GUI (Graphical User Interface) implemented to cultivate creativity through fostering familiarity. Which is why, when clicking on the name of any (sound) SOURCE or CONVOLVER, users are greeted by exactly the same browser. Better still, users can automate many of the powerful and unique controllers central to the BT PHOBOS vision. Which is why modulation MAPPINGS — the way in which functions are mapped and then ‘modulated’ (or changed) in realtime or automated via controllers — are key to many presets, and applied both to SOURCE/CONVOLVER. Cutting-edge sound source advanced controls (to further adapt each SOURCE, such as ATTACK, DECAY, SUSTAIN, and RELEASE; START OFFSET; FILTERS; and GATES) and convolution advanced controls (to further adapt each CONVOLVER and its impulse response — similar to SOURCE controls, providing the same functionality for each CONVOLVER) carry creative composers into an almost limitless inspirational musical well… well, there are actually 90 sextillion-plus combinations of sounds, so inspiration is guaranteed to never run dry!
If — like BT before you — you are on a musical mission to explore strange new sound worlds… to boldly go where no composer has gone before, be assured that BT PHOBOS pushes compositions into emotional, evocative, expressive, and truly new voyages of discovery like no other soft synth plug-in that has gone before it.