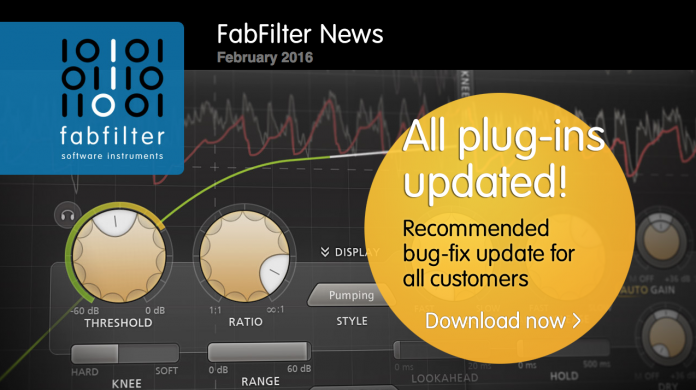 FabFilter has updated their whole lineup of great plugins to correct many bug fixes. If you’d like to see some reviews on a few FabFilter plugins, click on the links below.
FabFilter Saturn
FabFilter Pro-Q2
FabFilter Pro-C2

We have just released minor updates for all plug-ins, which solve a few issues that have surfaced after the last update release in December 2015:

This is of course a free update for existing users, and we recommend everyone to upgrade to the latest plug-in versions.