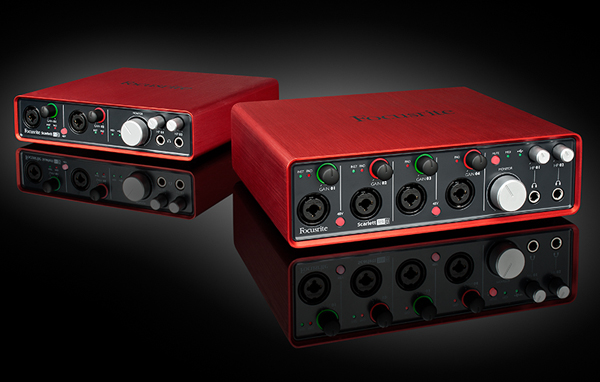 It’s no secret that I’m a fan of the Scarlett preamps in these interfaces. I will say that the naming is getting a little confusing and hard to keep up with. Either way bigger numbers usually mean more channels so let’s see what these two have. Looks like the 18i8 has 4 preamps but can expand to 18ins and 8outs, hence the name I guess… I’m an idiot. I think you can only track 4 inputs at a time though but it gives you room to throw an interface with an ADAT optical in the mix and keep preamps on hand. Likewise the 6i6 has 2 Scarlett preamps, 6 outputs, as well as expandability to 6 inputs. Both look very promising and have 2 headphone outs on the front with separate level control.

CAD Is Throwing Down The Gauntlet