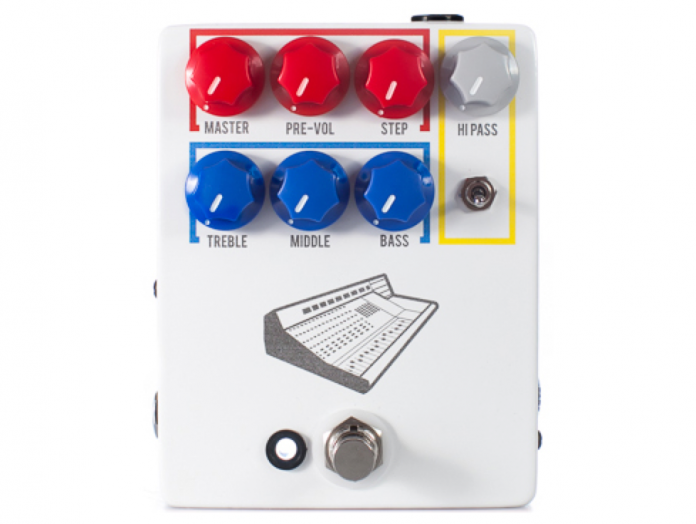 Now you’re probably wondering, “You usually don’t post about guitar pedals. Why starting all of a sudden?” Well, because a pedal manufacturer got it right. I see all of these kids on forums and whatnot saying they want “insert famous guitarist… usually the Egde” tone. They go out, spend hundreds of dollars on pedals only to get close to the sound they’re going for. What most of these people fail to remember is it’s not just the gear that defines what they’re hearing, it’s both the medium it was recorded on and the equipment used. Josh Scott, founder of JHS pedals gets this and he has made a pedal modeled after one of the most used pieces of studio gear in rock next to the 1176 compressor, the Neve 1073 console. Now you can take the iconic tone of thousands of rock songs’ studio recordings and have it in your rig, getting you one step closer to that sound you want.
On a separate note, don’t let the hype associated with thousands of “churtarists” (phrase coined by Peter Kendall Warren) steer you away from JHS pedals. Yes these kids tend to have too much fervor for certain brands and seem to give them a snotty rep, but JHS is anything but this. They’re actually a very down to earth operation with extremely helpful people who know what they’re doing. Now back to this awesome pedal I hope to review soon.

Never before has a guitar pedal crossed into this territory to bring the tones of pro audio to your pedal board.