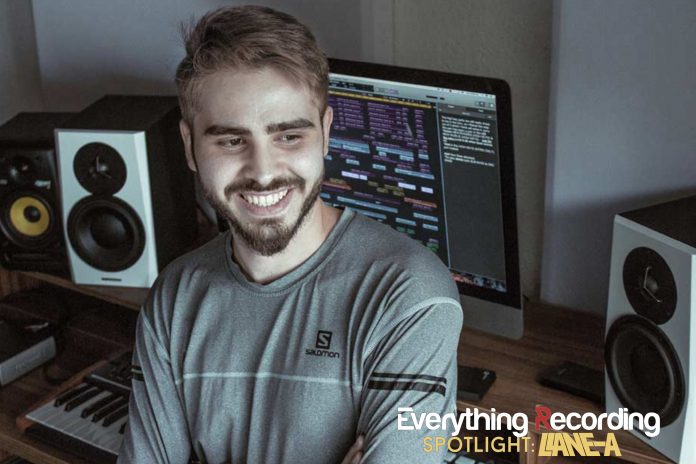 Every once in a while, you have a conversation with someone that you feel others need to hear. The other day, I was going back and forth with a good friend of Everything Recording, LLANE-A, and found his back story so compelling, we had to share it. The resulting article shows that sometimes, producers, engineers, and artists genuinely don’t realize how much harder creating music is in other areas.

LLANE-A (pronounced Lane-A) is the stage name used for our main character in this article. Due to some unique circumstances explained later in the article, LLANE-A’s identity will stay partially concealed. We can say, however, that the “A” does stand for Amin.

While some people focus on one aspect of the music industry, Amin dove into pretty much every field he could. He produces, mixes, masters, runs a substantial Instagram account, and founded the website MusixOn. He does this all from a part of the world where most of these very things are illegal.

Like most of us, Amin originally started his career with aspirations of being an Artist. Very quickly, he found the studio side of the music industry more alluring. This pull, along with his home countries’ strict ban of certain types of music caused Amin to change directions and move into the producer chair. Armed with a computer and a little bit of gear, LLANE-A began making music.

LLANE-A: “My first setup was Cubase 5 and buying a pair of AKG headphones. I was reading articles, watching tutorials, going to studios and asking people, staying up all night figuring things out and making super wack music.”

Even something as simple as buying hardware, software, and watching tutorials was a struggle.

LLANE-A: “I had some specific problems where I live. Like very slow internet with many limits, blocked sites, not having access to international banking, Visa, Mastercard, Paypal, etc. All these genres I was working on were illegal: like Hip-hop, Electronic, Trap, RnB, etc. Studios were all underground.”

Imagine this endless cycle: You can’t buy software because the rest of the world doesn’t trust your government, the government blocking sites needed to learn your craft, and the internet blacking out altogether. Then to top all of that off, the very music you want to help create is illegal. How would you confront these issues? Amin attacks these issues with constant optimism.

LLANE-A: “In hard situations, you learn to solve things by yourself. I’ve got my own solutions. 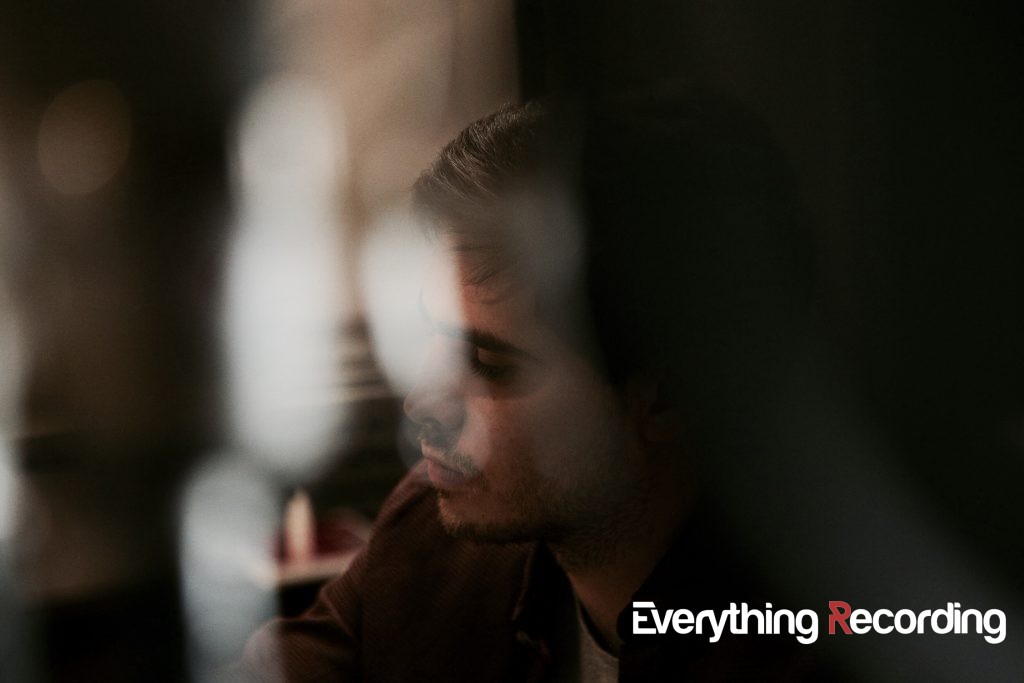 Armed with his persistence and workarounds, Amin first started mixing friends’ songs for free. In a country with a tight grip on creative expression, you would think that mixing would be enough for a budding engineer. Just mixing songs wasn’t enough for Amin. He moved onto Social Media.

With the mixing service and prominent social media presence, Amin went on a mission. Given his lack of availability of training solutions, he wanted to give back. He took his struggle and turned it into a valuable resource for information-hungry engineers like himself. Amin came up with MusixOn out of necessity.

LLANE-A (on what inspired MusixOn): “It was back when I was a soldier in the military. I was carrying my phone with me inside the basement, which was illegal, and thankfully, the internet connection was good there. So all I was doing was hiding and going through my phone reading articles about audio engineering. I also had had a small home-studio in my parents’ place back then and was messing around with it when I was home — doing mixes for some artists for free to gain experience.”

“Then, something popped in my mind about creating a page related to all this on Instagram. Some type of community and blog. I already had figured Instagram is a massive tool for musicians in terms of education, promotion, etc.. So then I just created the page and started posting up related content up there. I wasn’t really expecting it to work in the beginning, but after spending about 5 hours a day on it, it started to pay off! More and more people began to notice the page, and I tried to add better content and did all I could to engage with its audience.

MusixOn takes the same approach he uses on Instagram and expands it beyond just pictures and a link. Any Engineer wanting to contribute an educational article or review can post on the site. Along with sharing knowledge, the contributor can also share a link to his services or product. It’s genuinely a mutually beneficial experience for both the reader and the content creator.

As running an Instagram and website weren’t enough, Amin also Produces, Mixes, and Masters. Llane-a.com is Amin’s website where he helps artists with their tracks in any way he can. While he mixes quite a few songs a week, speed is not his goal.

LLANE-A (on mixing): “Usually, I mix about one or two songs per day so it’d be about 8-14 songs a week, but I don’t think the numbers really matter. I focus on the final product — the quality. I only get happy when I create something beautiful.”

Out of both epiphany and necessity, LLANE prefers working in the box. Due to the lack of availability of hardware, Amin works primarily in the DAW. While it would have been extremely appealing to obtain hardware units by any means necessary, he instead chose to concentrate on the art of mixing. This is an area where a lot of new engineers take the wrong path.

LLANE-A (on working in the box): “I only work in the box, and so far, I’ve been happy doing it. I first used to think to have a great sounding mix, I must have many expensive outboard gears, but then my mind changed.

There are many factors in the process. An outboard gear does not do the magic. The sounds that have been used in the production, the contrast between them, the decisions producer make while putting the sounds together, recording quality, artists’ vocal delivery, etc.. and so on

It all matters the most.

“Then we get to mixing. It’s 2019, and we must believe that the digital world has been progressing so fast, Thus when you see something on your screen that gets used as an EQ, don’t ever underestimate it. There is powerful and hard work behind that!”

“Audio plugins give me more flexibility and make my workflow faster. While I’m mixing, I usually start by moving fast on things and then getting back to them for the details. That way, I stay focused on my purpose for the song, and it helps me be more creative in the mix.”

“I do know people are spending thousands of dollars on hardware units in their studio, but they don’t know what they’re doing with them! With all that being said, I still would love buying hardware gear because they’re so beautiful, and it does feel great working with them.”

As far as his favorite plugin at the time, after taking some time to think, Amin has an answer.

There are many things you can take away from Amin’s story, but out of all of the lessons you can learn from his experience, one stands out. Persistence pays off. I’m not too positive many of today’s up-and-coming professionals would survive under the same circumstances Amin has.

Frankly speaking, the threat of being jailed or worse for creating music would make me give quite a bit of pause before diving in a mix. Combine that with the amount of trouble it takes to buy the latest must-have plugin. It questions the entire framework of today’s economy of digital recording. Do we really need the newest plugin, or do we need to take a page from Amin’s book and persistently learn at all cost? I think we all know the answer to that question.