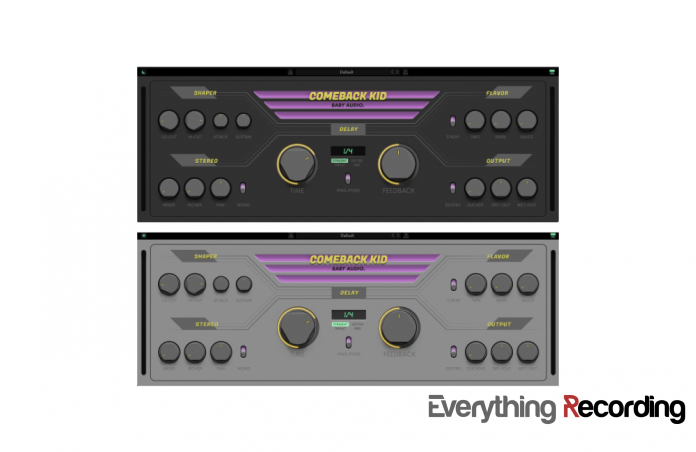 Comeback Kid Rundown:
5 / 5 Reviewer
BUY: $29.00
Pros
- Snazzy User Interface
- Incredible versatility
- Can do what a stack of inserts can in one interface for a delay bus
Cons
- No real cons, just suggestions listed in review
Summary
Say hello to your new go-to delay. You don't even have to read this review. Just go buy it.
Rating

Within the last year, BABY Audio has made quite an entrance into the plugin world. We’ve featured reviews on I Heart NY and SUPER VHS and have been very impressed with the unique direction the company has taken in making new tools from scratch. Comeback Kid is the latest to arrive, and Baby Audio gave us a copy to take for a spin.

Let’s be honest, there are plenty of delay plugins on the market, and many of them end up in the “land of forgotten plugins.” Most of us go for the gold standard (Soundtoys Echoboy) because, why use any other delay when it can do everything? That’s at least how I thought before Comeback Kid hit the scenes.

While it’s not a problem necessarily, most delay plugins have fallen into a rut where they do only one thing. No one is really trying to reinvent the wheel. You make something repeat a sound, throw a few filters and saturations to make it sound like the good ole days, and slap a name on it.

Comeback Kid has broken this rut. This plugin is a one-stop-shop of delay as well as delay-adjacent tools, saving you the hassle of a chain of effects behind the repeats. Boasting all of the standards as well as a few new tricks, Comeback Kid is ready to take one of your top spots for delays.

Just a quick note about installs and authorization. Comeback Kid works off of a serial key system. One issue I ran into was that Pro Tools could not allow you to copy-paste the key into the text box. It would display “code not recognized”. This is a known issue that is being addressed by BABY Audio but until then, just type in the code and it will work perfectly.

Sticking to their retro-esque theme from SUPER VHS, Comeback Kid fits right in at any mall arcade in the 80s and 90s. Two skins are available by selecting the control on the top left of the interface – a gray skin and a slightly grayer one. While I like the look of both, if we’re sticking with the icons of the moon and the sun, I feel like more contrast between the two should be in order. To put my money where my mouth is (weird saying, right?), I designed an exclusive Everything Recording “day… glow” theme. What do you think? 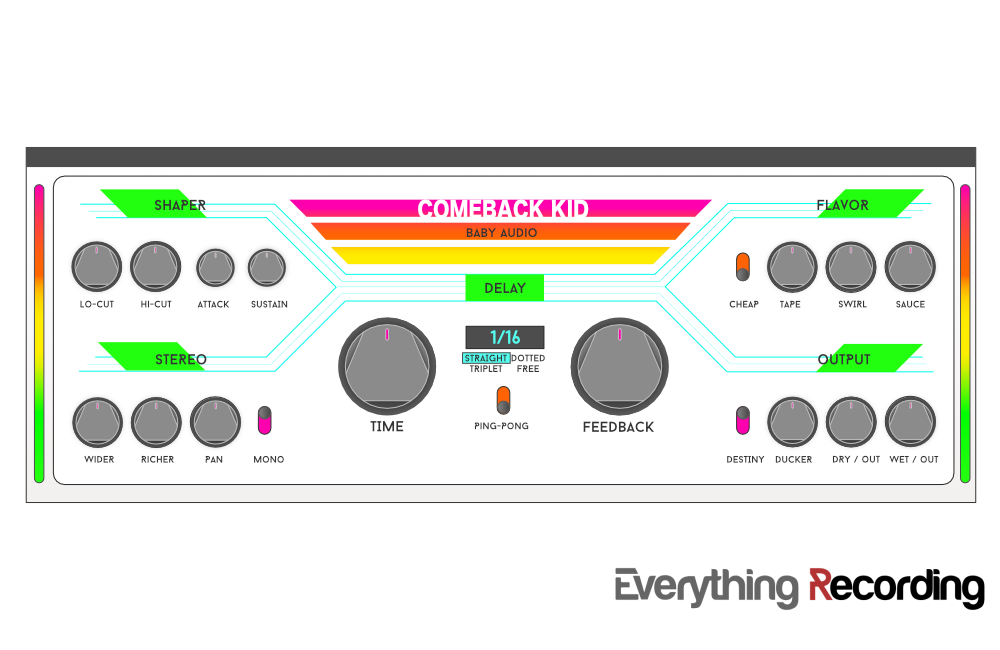 So what sets this delay apart from the rest of the pack? The sheer amount of features. Sure, Comeback Kid has your garden variety controls that every delay has, but there’s no need to go over those in graphic detail. On to the fun controls! 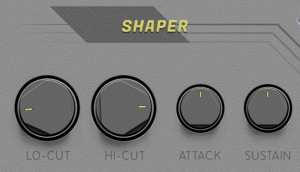 Across the top left, we have the Shaper section. This section houses the Lo-cut and Hi-Cut for dialing in the exact tone of the repeats. The Attack and Sustain are tools I haven’t seen on any other delay I’ve used. These two controls work as a transient designer to tailor the repeats to the exact dynamic specs. For more staccato type delays, crank the Attack. To soften or slightly wash the delay, reach for the sustain. Or use both at the same time. 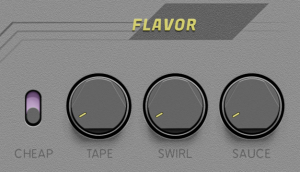 This is the section where the “vibe” comes from. 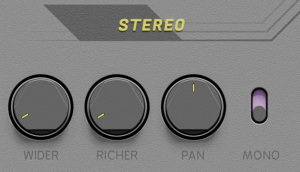 Although this section has some commonly incorporated tools for delays, they’ve had a little tweak to a couple.

Although most of us know how this section works, I figured I’d touch on a few things. The Delay section site prominently in the middle of the UI. The crisp pinstripes branch out to each section, representing the Delay section’s central link to the rest of the controls.

The delays can be as short as 0.01 milliseconds, all the way to 2.5 seconds. You have the choice of Straight, Dotted, Triplet, or Free along with Ping-Pong. The Time and Feedback knobs do just what you’d expect. 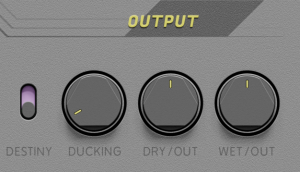 At the bottom right rests the Output section. I really dig the Dry/Out separate for the Wet/Out controls for more refined control. The other two controls are complete game-changers for me.

To round out the plugin interface, Presets are at the top center. This is a first for BABY Audio but completely understandable. I get that the first two plugins were more of the “knob turner” type, but it’s good to see starting points on a plugin that is a little more expanded. The far left and right feature input and output meters for referencing your levels.

All of it! The interface, entirely in line with the rest of BABY Audio’s tools. The controls laid out meticulously and right where you need them. The versatility in sounds and textures puts this delay squarely at the top of the food chain. Comeback Kid breaks the monotony of generic delay plugins.

Coming in a $49 ($29 introductory), this has to be the most no brainer buy of the year. This is almost the perfect delay.

Here’s the issue with BABY Audio. They make tools that are so good, so easy to use, and inspire so much creativity. They push the boundaries of what a plugin should be. These all sound like good things, right? They are, but driving innovation just makes you want even more, and I have a few things I’d like to see (They could easily charge me more and call it Return of the Comeback Kid… or something much better than that name.)

These are simply wishlist items and should NOT discourage you from buying this delay. It is the closest to a perfect delay as you can get.

Comeback Kid is more than just a delay. It can be used as an effect in itself with all of the flavor, stereo, and transient designer glory you could ever need. Pair it with SUPER VHS, and you’ve got a monster on your hands.

I can’t say enough about BABY Audio. They represent just what the plugin world needs – new tools that inspire. Comeback Kid hits that mark and keeps going. The fact that you have almost any device necessary to create innovative delays in one window is a Godsend. No more clicking through inserts to dial in the perfect preset.